A company recently wrote me a letter expressing interest in cooperation, that they wanted to do something for the environment but only had a little bit of money. To which I eventually responded:

what’s a subscription box? i just need a clear plan. right now i have no clue what you are offering. there are companies which make seedlings. it costs money to make them. they have to be preserved, sometimes on ice in trucks, delivered to the block, and then the planter plants them in grueling conditions. if you want to help save the planet i think a sensible approach is to spend some time on a local community level, look for some areas where more trees would be nice, organise some interest, perhaps some donations, and buy some seedlings. get local official approval of course. anyone can plant a tree. find out what the tree needs to ensure its survival. perhaps a little fence in the early years? all this does not require a lot of money but some time only. with good intent and some perseverance, a single person can generate momentum and make something like this happen. It can become an annual event with a fun party afterwards. Planting trees on this level can be fun. Watch them grow like your own children, in the process teach locals the importance of trees (cleans the air, provides oxygen, makes your neighbourhood nicer and happier…).

Thought I would take this a step further and post an article on it. Trees breath in carbon dioxide and breath out oxygen, which we breath in. Obviously they are important for that reason alone. By breathing in air they are cleaning it in the process as well. Any city with a lot of vegetation will have cleaner air.

But by breathing in carbon dioxide they are also contributing a positive carbon footprint because this carbon is then converted into tree mass, which eventually falls to the ground and rots into the soil, storing the carbon in the soil, and which in the distant future may turn into oil or coal (which is carbon), which us messy humans might burn off back into the atmosphere (hopefully by then we will have ample new technology to avoid this archaic practice).

This reminds me of a dream I long held when I lived on possibly the most beautiful street in Prague, the city of my birth. It was lined with the most robust and magnificent trees, and the air actually smelled nicer while walking down it. I slept on the top floor at the height of the tree tops and it was nice waking up every morning to the sound of multitudes of happy birds chirping. It seemed to make the whole street happier and I imagined that a whole city could be happier, possibly even reducing crime, if all its streets were so lined with such large and magnificent trees, filled with the sound of chirping birds.

When Terry Fox was jogging across Canada, as a youngster of around 12 I felt inspired to do something as well, so I grabbed my sister and we went from door to door in our neighbourhood asking if anyone wanted their lawn cut or any type of work at all, and that we will give all their voluntary donations to Terry Fox’s charity. When we finally donated about a hundred bucks, there was a journalist there and we even ended up in the newspaper!

Charity does not have to be about digging into your skinny wallet and sending some money somewhere, or looking online for an established NGO to jump through their various loops and hoops in order to volunteer your own time. Why not just start your own charitable activity? It does not have to be official. The government will not breath down your neck for setting up a lemonade stand on your street (or at least I hope it has not gotten that far yet). You just need a clear plan, invest some time in it, keep plugging away at it and you might easily find that others join forces with you, generating a momentum on its own.

Another idea I had was to approach different companies for sponsorship. It could be a nice patch of flowers in a barren section of town, with a park bench and a tasteful advertisement saying “This bench and flower patch has been sponsored by such and such.” Why does everything have to resort to obnoxious billboards blaring in our face? I think anyone appreciating the pleasant rest on that park bench surrounded by nice flowers would take greater notice of that tasteful advertisement than the endless row of billboards and fliers we have developed a blind eye to in our over-consuming society. 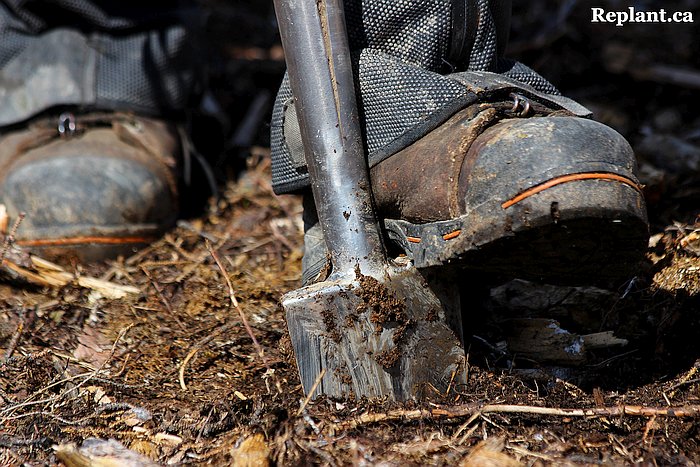 How to Tree plant – Make Your Tree Planting Hole 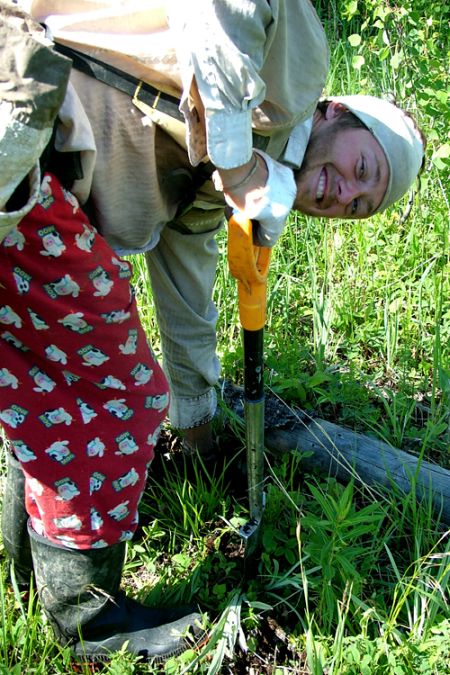