My favourite case I watched once planting in the middle of a large cutblock (a large block or area where all the trees have been cut down). I was on the edge of this expanse of cleared forest watching two guys with two horses and one truck, thinning out a forest. They carefully selected which trees to log (one strategy is to cut the smaller ones and let the larger ones grow; the other strategy is the opposite), cut them at a specific angle so that their fall would not hurt other trees, the horses would pull them out onto a small road, where they would be loaded onto the truck and carted off to the nearest mill. One would drive the truck while the other would continue cutting and hauling the trees to the road. The forest would be thinned of trees, such that the remaining trees would have more water and sunlight, and be able to grow faster. A forest would remain, and the remaining trees would seed the rest of the forest, so treeplanters wouldnt even be required.

But such small scale production is not as profitable as logging roads weaving horizontally through a mountain side, immensely large tractors rolling along these roads with a crane and wire hanging along the slope to the next tractor below. Between these tractors and along the wire between them would run some pully system which would effectively scoop up the fallen trees like toothpicks on a blanket. Other times a massive machine grabs 8 trees at once, crunches them together while a massive blade slices the bunch at the stump level. The big arm then bunches the trees together like the grip of the shovel handle in my hand, twists the bunch horizontally and loads it onto a waiting truck. A rapid extraction procedure with the greatest profits. 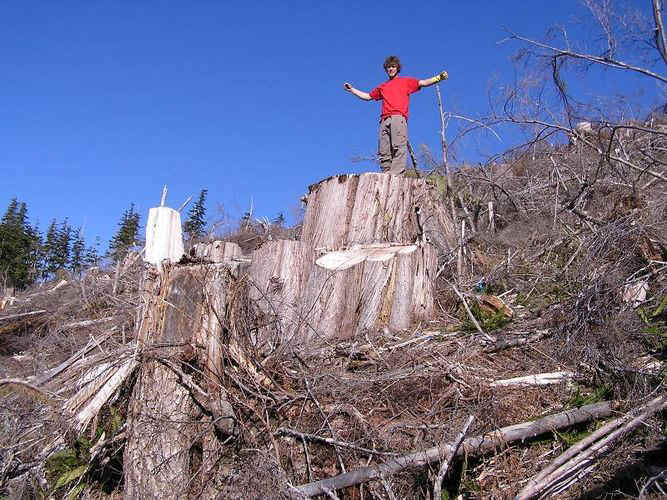 In exchange for this environmentally devastating procedure the government asks a mere 10 dollar (rough average) stumpage fee from the logging companies under the condition that the logging company must plant one surviving tree for every one that it chops down. 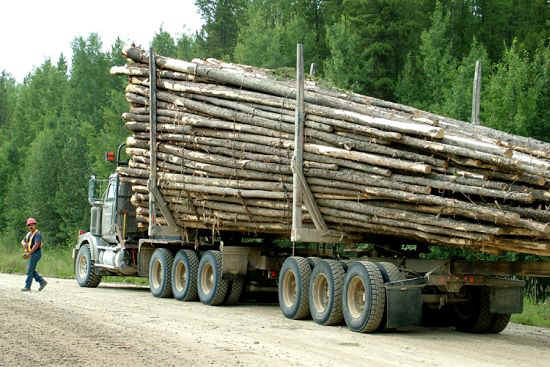 As usual, it’s all about maximising profits.

I once remember the ministry forester came to me at the beginning of a contract, explained to me his ridiculous specifications, and then asked me if I had any questions. After the entire crew had spent an entire day doctoring up the trees in the ridiculous fashion that we did (he forced the crew to “replant” –go through again and doctor up the trees a bit to make them more aesthetically pleasing– an entire block), I realised I had a whole flood of questions and hoped I could run into that forester that day. Needless to say, the last place he would want to be is on a block of angry, replanting treeplanters, but my questions might be the following:

Do you use some systematic approach to testing and verifying your various theories regarding tree survival? Do you, for example, tag a tree which has been planted in a certain way and in a certain medium and record the tree’s growth, inputting the information into some database so that the researches and textbook scribblers can formulate their theories based on reality and not so much on guesstulation? 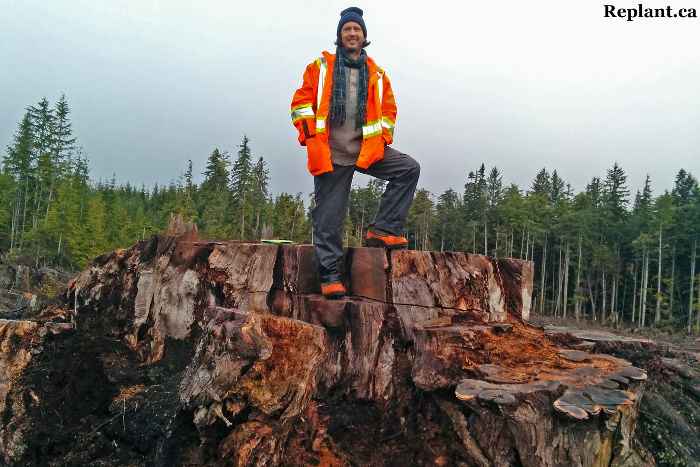 Why was it so important to screef a square foot twenty years ago and why is the opposite absolutely important now? Do we have to always deal in such extremes and cant we use a little common sense? Over the past two decades, could not have someone in the ministry picked up the phone and called the seedling company, “Hey guys, do you think it would possible to produce higher stems on your trees? Quite hard to plant trees according to our strict requirements.”

But hey, the treeplanter can easily be perceived as at the bottom of the totem pole. With pierced noses and other bodily parts, tattooes, messy hairy, muddy faces, independent attitude, and especially, “How dare can these people earn so much and still complain?!”, why should anyone listen to the opinions of such people? It is degrading and insulting to the paperpusher, who might envy the thought that the treeplanter is saving up for a medical degree and may actually be more intelligent. And hence the entire communist and bureaucratic system with a strict top-down command system. Never down-up. The ministry forester proceeded to instruct the treeplanters how to go about their treeplanting jobs. Someone calculated that the combined experience of the eight of them would equal roughly 40 years. Compared to zero by the forester, who planted every tree shallow (our foreman dug them all up to show him, must have been embarrassing). 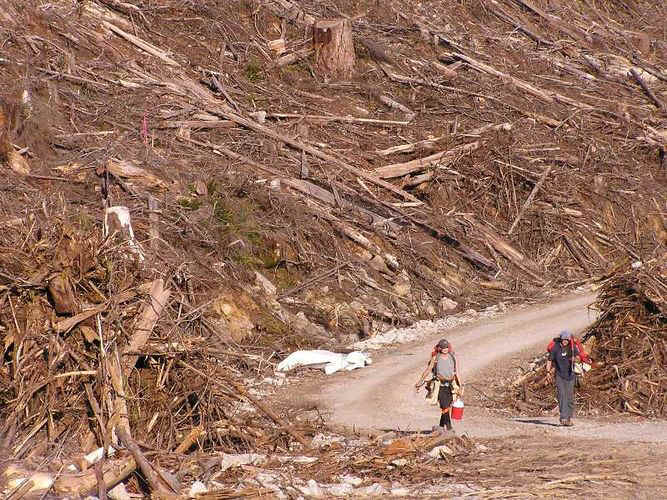 But who am I to complain. Don’t I wipe my ass with the same toilet paper?

Tree Planting > various > How the Industry Should be Run 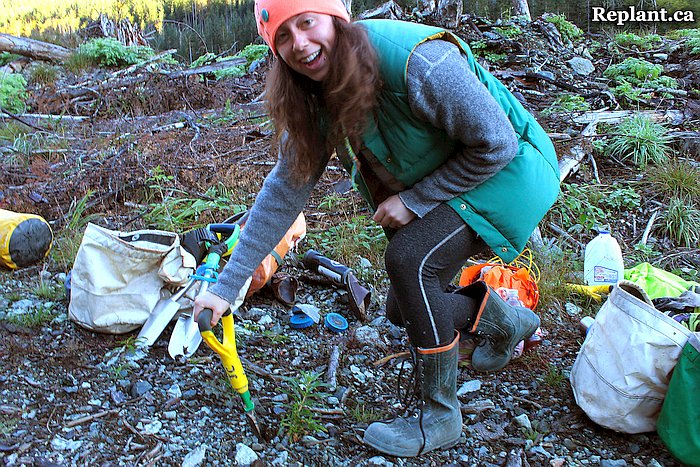 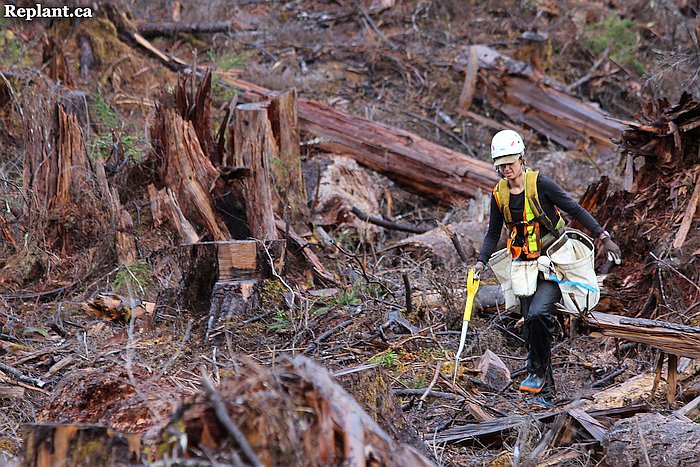 How to Tree plant – Inserting the Shovel