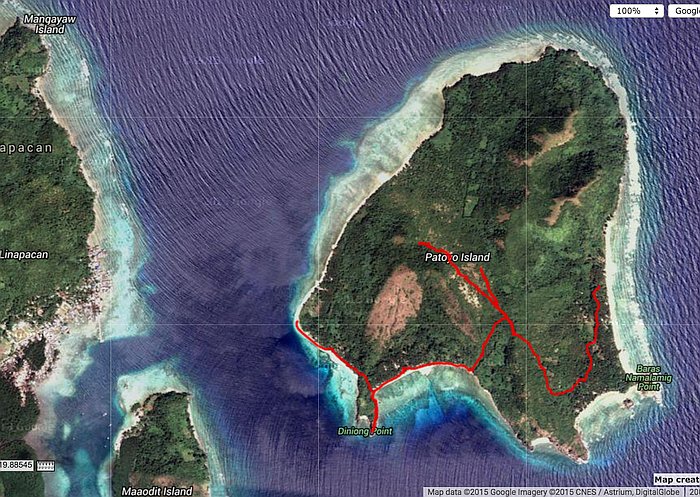 Shot of the entire island as I was exploring all the paths I could find. The kitesurfing resort is at the end of the red trail on the far right. The town of San Miguel is visible on the island of Linapacan to the left.

Hash House Harriers are welcome to join me for a jog around the island or other sports activity at our growing resort, such as volleyball, basketball, badminton, kite/windsurfing or a bamboo gymnastics workout. You can check out a big interhash I organised a while ago in Bohemian Paradise in the Czech Republic.

You can click the two pics below to connect to the GPS maps of each. The bottom trail is a straight walk back from the start of snorkeling on the left part of the island. You can see how far up the beach goes and the entire stretch is fantastic snorkeling, as you can get a glimpse of in the video on the eco-resort page. That walk took 55 minutes and required climbing two ridges. 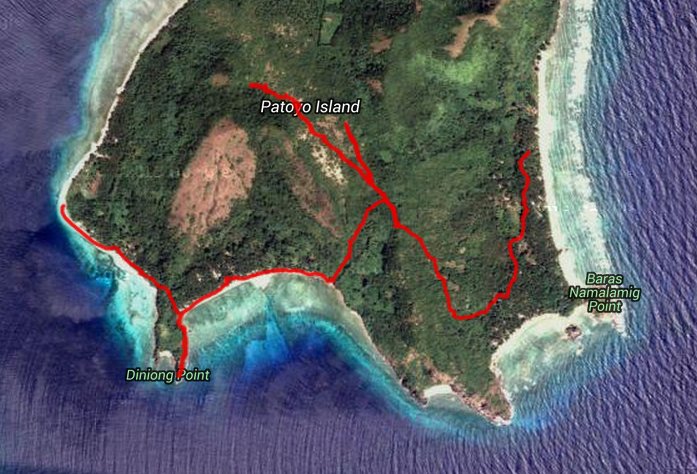 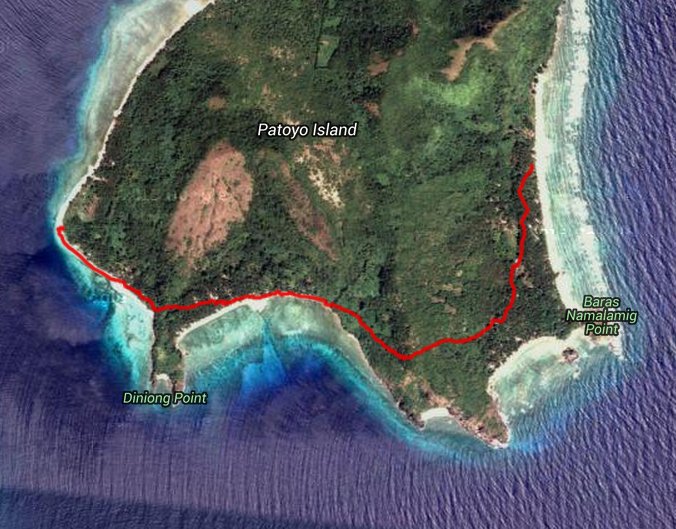 It was a lovely island to live on and explore, and I enjoyed bonding with some of the locals, but for several reasons I eventually had to move to another island. However, I like the name Patoyo over the second island, so I decided to keep it. In Tagalog Patoyo means “dry island”, but much later when I was searching on the internet for the word Patoyo to see how much of it is due to my presence (quite a lot, actually), I stumbled on What Meanings, which explains the meaning of words. I was surprised to learn that it seemed to fairly closely reflect my own character!

I also found out that there is a village called Patoyo in Mexico, in the province of Chihuahua. Tried to find a hotel or something there and just for fun set up some sort of sister partnership, but I guess it’s just too small of a rinky dinky little town, like the new island I moved to later. 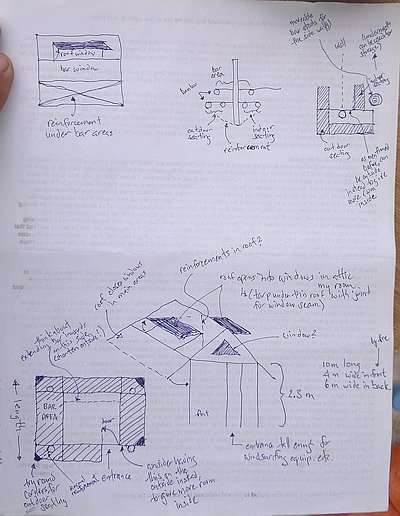 Good news, yesterday got notification that a big blob of cash will be coming in about 15 days, which is about perfect around the time when the owner of this property will be in Manila. He collects dried shrimp and cashews from locals and ships them in his big boat to Manila every once in a while. That means that I can do some important and less-expensive-than-here purchases in that big city and load them up in his boat for on the way back. This is also around the time when I need to extend my visa, but in Manila I can apparently get a six month extension, which would be better so I do not have to leave the island every two months, especially since I will be having regular volunteers and hopefully paying guests from now on. Already had two couples and another couple is coming this weekend. Many are in the pipeline, and I even have a few who want to stay at least a few months – one Italian girl (an artist and furniture designer) wants to stay at least 3-4 months.

One Ozzie guy wants to come for about three weeks at the end of July, and said he can bring me a used kitesurfing board for $310 (they are usually at least a thousand), so soon I will finally have a proper lure to bring in the paying guests with (speaking of lure, he also wants to bring a speargun for catching octopus – so more fun toys for the guests). And enough cash to start building my own hut. This one will act as the bar, kitchen, and my quarters in the attic. Just spent an hour designing it: 10m long, 4m wide on one side and 6m wide on the other (need to avoid the danger zone of potentially falling coconuts).

I also just finished designing the gymnastics bamboo workout gym, complete with low parallel bars for pushups and practicing handstands, high bar for chinups and leg pullups etc., and high parallel bar for other. Think this will be another great selling point for people to come here. Especially need my own shack because it sucks having to retire to the crammed little tent when it starts raining and nicer to have a dry communal space for people to escape to. Not to mention a standing kitchen and much greater comfort overall. With this I’m sure many will be satisfied with a tent, as long as there are some boards to rent. Convinced the owner to get a kayak for his hotel, so he agreed to get an extra one for me. This will give people plenty of interesting things to do while here, so it can be some time before I will start to build huts for the guests. 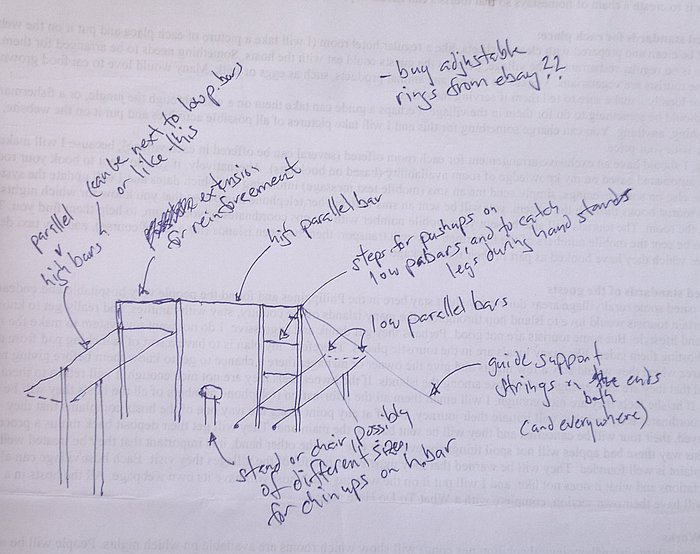 Cleaned up a lot of the beach of seaweed and rocks and corals, so slowly taking its planned paradise shape. Everything is falling nicely into place!

Getting Set Up - more details 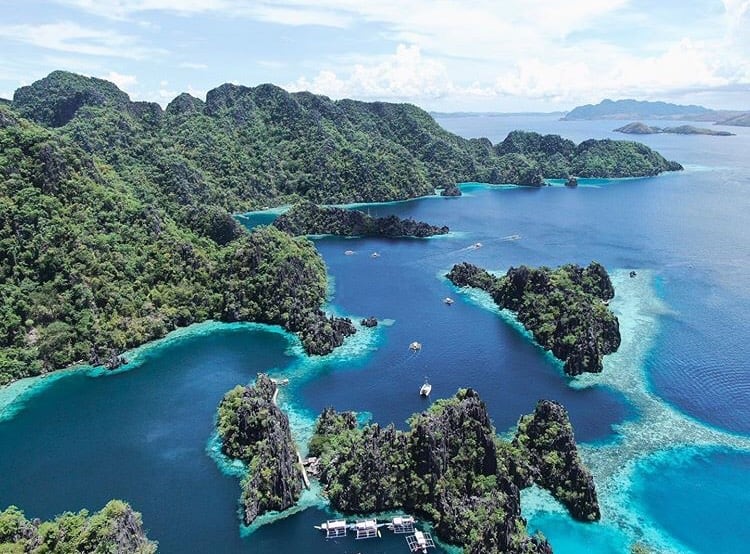 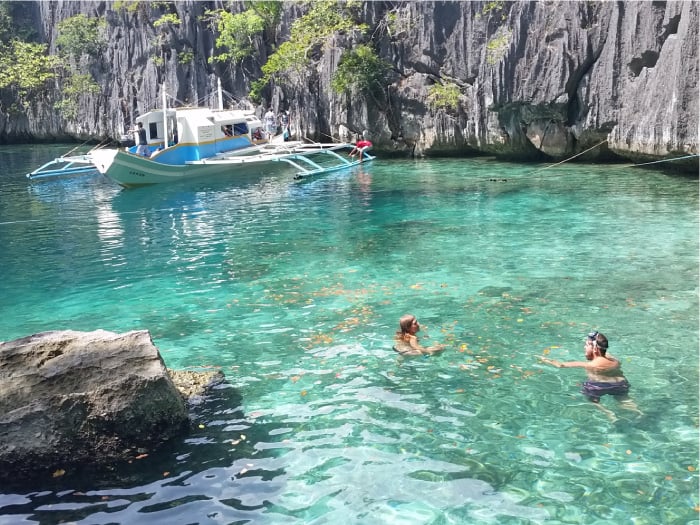