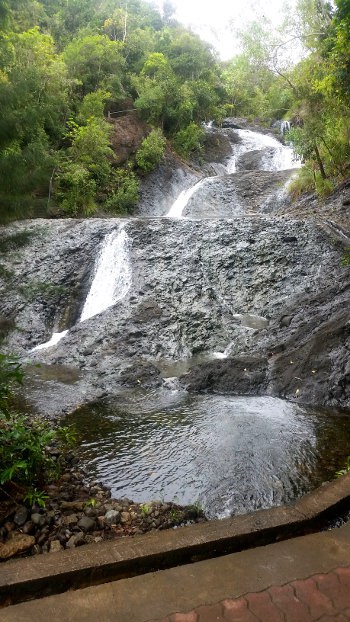 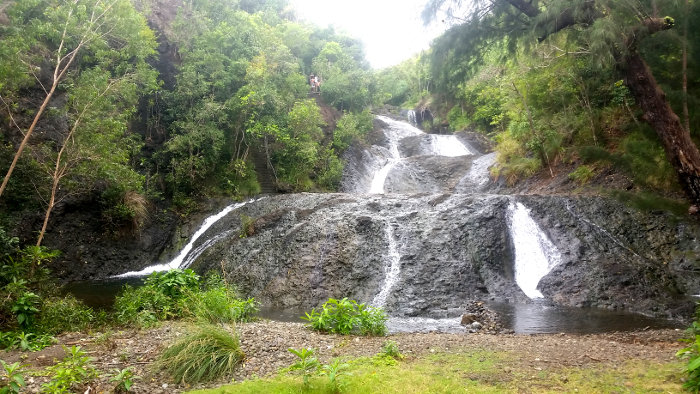 Nice falls, road trip there was half decent.
Was easy to miss though as I was driving west along the coast towards Boracay. If you get up this high, you gotta go back. 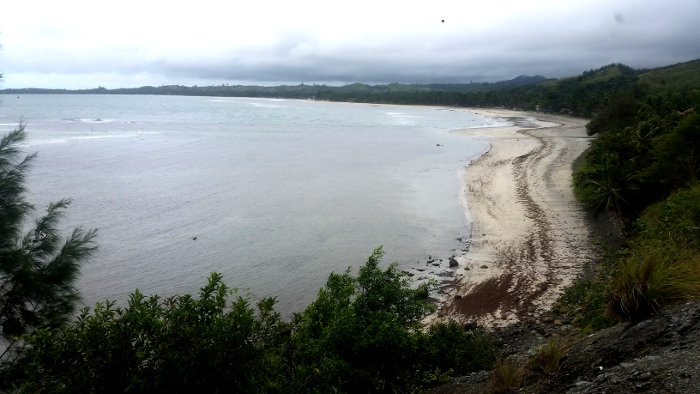 It’s roughly here on the map: 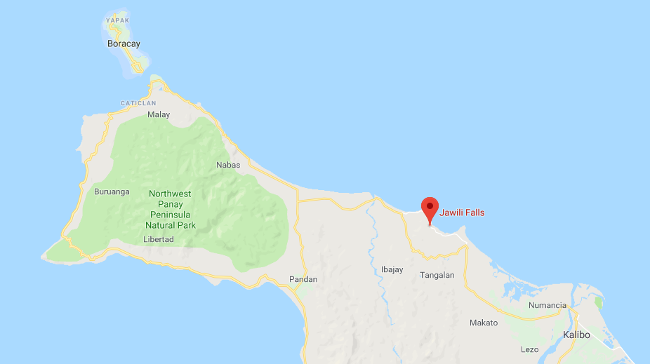 Several establishments at its base: 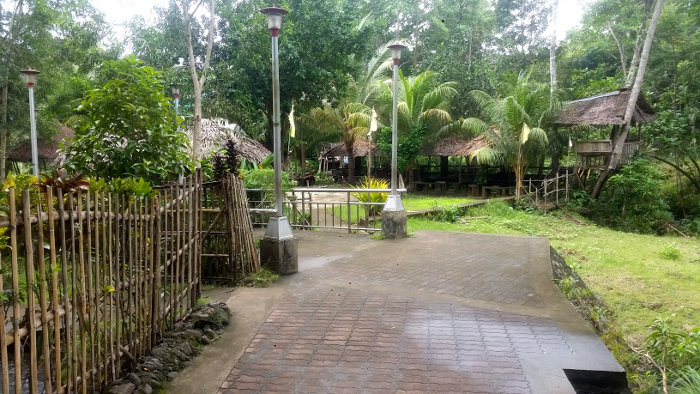 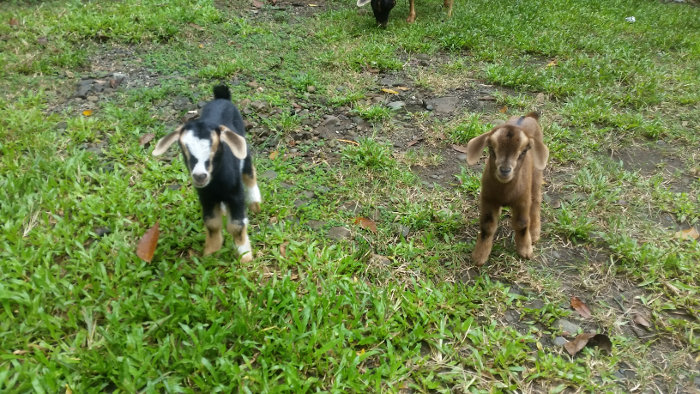 Some info at its entrance: 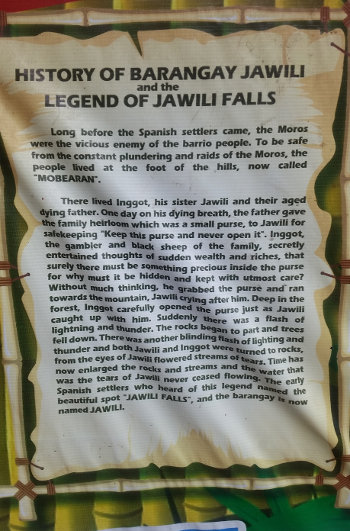 History of Barangay Jawali and the Legend of Jawili Falls

Long before the Spanish settlers came, the Moros were the vicious enemy of the Barrio people. To be safe from the constant plundering and raids of the Moros, the people lived at the foot of the hills, now called “MOBEARAN”.

There lived Inggot, his sister Jawili and their aged dying father. One day on his dying breath, the father gave the family heirloom, which was a small purse, to Jawili for safekeeping: “Keep this purse and never open it!”. Inggot, the gambler and black sheep of the family, secretly entertained thoughts of sudden wealth and riches, that surely there must be something precious inside the purse, for why must it be hidden and kept with utmost care? Without much thinking, he grabbed the purse and ran towards the mountain, Jawili crying after him. Deep in the forest, Inggot carefully opened the purse just as Jawili caught up with him. Suddenly there was a flash of lightning and thunder. The rocks began to part and trees fell down. There was another blinding flash of lightning and thunder and both Jawili and Inggot were turned into rocks, while from the eyes of Jawili flowed streams of tears. Time has now enlarged the rocks and streams and the water that was the tears of Jawili never ceased flowing. The early Spanish settlers who heard of this legend named the beautiful spot “JAWILI FALLS”, while the barangay is now named JAWILI. 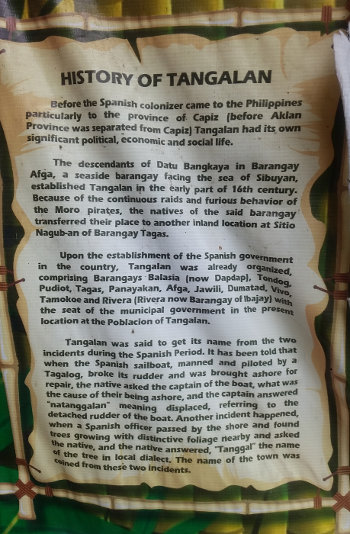 Before the Spanish coloniser came to the Philippines, particularly to the province of Capiz (before Aklan Province was separated from Capiz), Tangalan had its own significant political, economic and social life.

The descendants of Datu Bangkaya in Barangay Afga, a seaside barangay facing the sea of Sibuyan, established Tangalan in the early part of the 16th century. Because of the continuous raids and furious behaviour of the Moro pirates, the natives of the said barangay transferred their place to another inland location at Sitio Nagub-an of Barnagay Tagas.

Tangalan was said to get its name from the two incidents during the Spanish Period. It has been told that when the Spanish sailboat, manned and piloted by a Tagalog, broke its rudder and was brought ashore for repair, the native asked the captain of the boat, what was the cause of their being ashore, and the captain answered “natanggatan”, meaning displaced, referring to the detached rudder of the boat. Another incident happened when a Spanish officer passed by the shore and found trees growing with distinctive foliage nearby and asked the natives, who answered “Tanggal”, the name of the tree in the local dialect. The name of the town was coined from these two incidents. 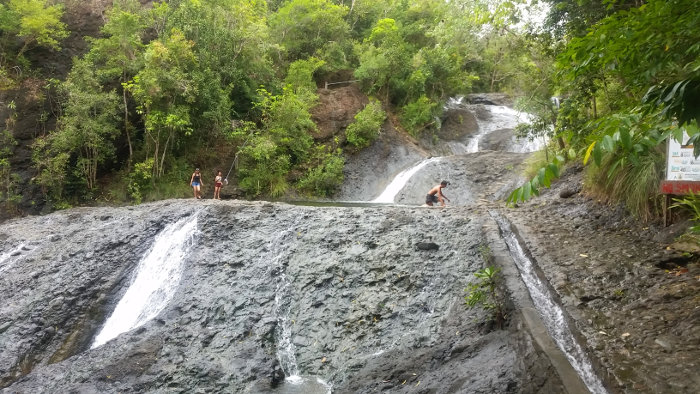 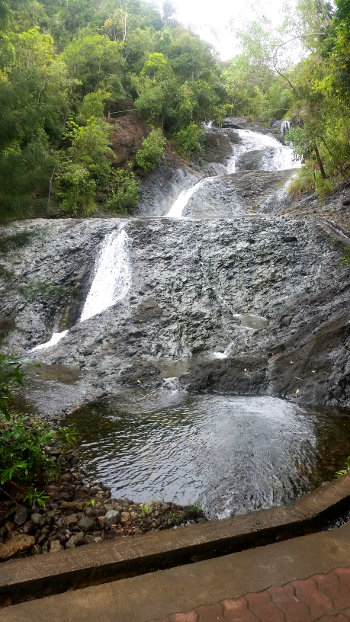 There are decent stairs to climb up along the left hand side of the falls. 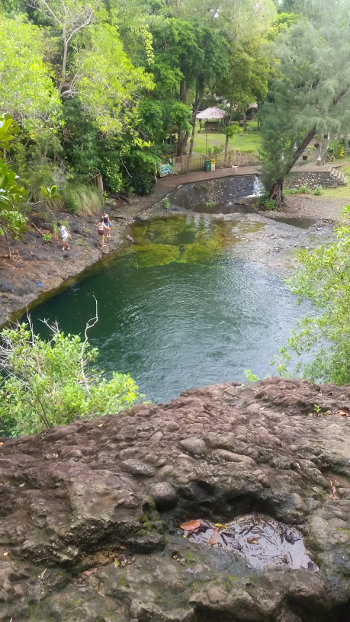 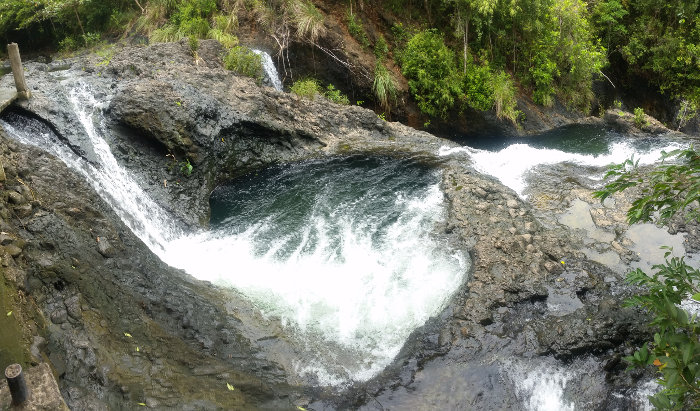 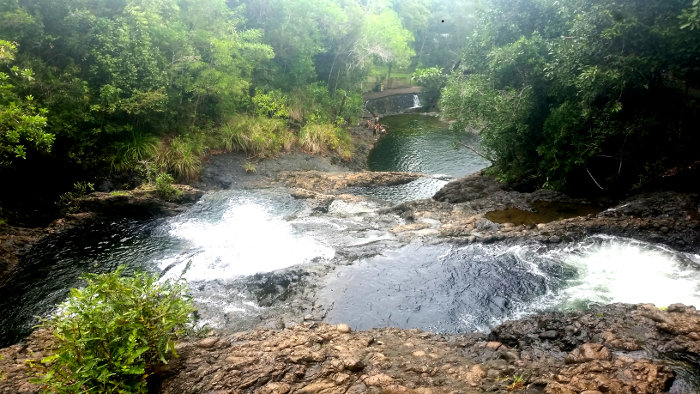 Continuing west along the shore towards Boracay, there were some nice views as well.

View from at the end of the pier going to Boracay. Found a nice place with a coke sign where you can drink beers while waiting for your ferry.

If you ‘d like to combine this with a more extensive tour package: 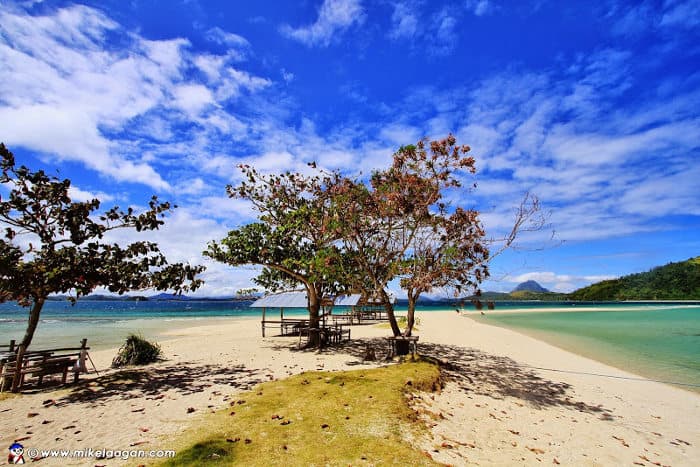 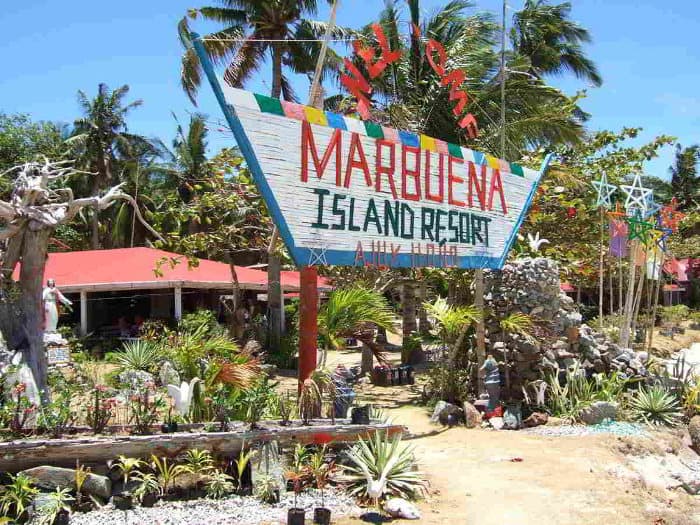 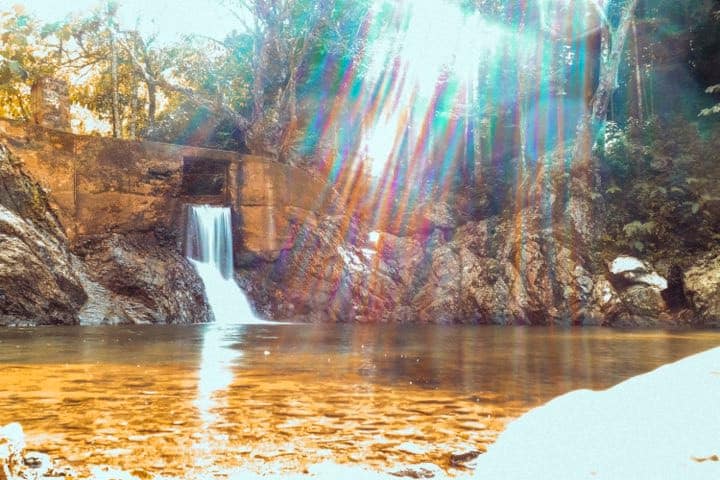