Below is the article after their edit and my final comments (in capital letters) which I sent back to them, at their request.

Life in the Czech Republic
I was born in 1965 in Prague, about five blocks from where I currently live. The communists came in 1968, after which my family and I (WHO? HOW MANY? – me, my mother, father, and sister) fled in a two-cylinder Volkswagen over the Swiss Alps, making it over the border past the deadline only because the route we took happened to not be on the Russian map. I grew up in Ottawa, and eventually moved to B.C., where I planted half-a-million trees to pay my way through university. While planting, I met many people who had traveled the world and who convinced me I must travel abroad before embarking on my career.
On my first day back in Prague, I knew that I had to live here. Many other young people <ACTUALLY, I DON’T THINK IT HAS ANYTHING TO DO WITH YOUNG PEOPLE, BUT RATHER SEEMS TO ATTRACT THE ADVENTUROUS OR THOSE WHO ARE SICK OF THE COMMERCIALISM IN NORTH AMERICA> who visit the city feel the same way. Prague was magic. It still is–although the magic is now more subdued. Many of the people who have come here brought their entrepreneurial fervour, as I did. Others became fascinated with the city’s rich culture and history. The main square (NAME? – Old Town Square) looks like Disneyland to me. But here the fantasy is reality that has been carved from centuries-old stone.
Eventually, many of us who came here in the 1990s and stayed have succeeded. Some others have followed the capitalist wave eastwards; others have gone back home. Still others left, but have returned. After the 1990 fall of the Berlin Wall and the reawakening of Eastern Europe, many people began comparing Prague to Paris in the late 1940s. Many Americans lived in Paris back then, and that was the case here, too, there are about 50,000 Americans here out of population of one million.
Prague attracted all kinds of people–creative people and idealists as well as those who were bereft of dreams and dollars. Prague had a kind of “get-rich-quick” frontier atmosphere, and the city was compared to the Klondike in the gold rush days.
I’ve heard a theory of how the post-Cold War world was essentially planned by the Soviet Union (USSR). The ruling communists, seeing the futility of pending vast sums of money to counter American plans a so-called “Star Wars” missile defence system, opted instead to follow the Chinese lead and embrace capitalism. Doing so meant the USSR had to abandon its expensive and burdensome grip on its East European satellite states. A lot of money flowed out of Russia into Europe <NOT NECESSARILY INTO EUROPE BUT INTO OFFSHORE ACCOUNTS ETC., MOSTLY FROM FUNDS DERIVED FROM TUNNELLED STATE COMPANIES, MAFIA ETC. AND FROM A LACK OF FAITH IN THE RUSSIAN ECONOMY, SO BUY DOLLARS INSTEAD AND STORE IT IN THE BAHAMAS ETC.>, but now that there is talk of a long-awaited turnaround in the Russian economy, there are also hopes that it will help the Czech Republic. The country’s 10 million citizens are nestled in between Germany, Austria, Poland, Hungary, and Slovakia. With 80 million people crossing back-and-forth across the borders annually, the Czech Republic is bustling, and life here has improved rapidly.
But many Czechs are more pessimistic than we western transplants are. Many Czechs say, “The old simply must die off before real change for the better can begin.” Grandmas here still complain of the rising price of milk. At the same time, I see many Czechs pulling out their cell phones out of their pockets to check their e-mail in-boxes <I WAS REFERRING TO GRANDMAS BECAUSE IT SEEMS A HUMOROUS CONTRAST TO ALL THEIR COMPLAINING. BUT THE MOBILE PENETRATION IS IMMENSE HERE. ALMOST EVERY MEMBER OF EVERY FAMILY IT SEEMS HAS A MOBILE HERE. TO A CERTAIN DEGREE POSSIBLY AS A PROTEST AGAINST THE FORMER STATE TELECOM MONOPOLY, WHICH DENIED MOST A PHONE AND WHICH MANY GREW RESENTMENT AGAINST. ALSO BECAUSE, UNLIKE IN NORTH AMERICA, IN EUROPE YOU PAY FOR ONLY OUTGOING MOBILE CALLS AND NOT INCOMING, SO PEOPLE CAN CALL YOU AND IT DOES NOT COST ANYTHING. ALSO BECAUSE PEOPLE CAN SHOW THEIR AFFLUENCY. IT’S A STATUS SYMBOL AND EVERYONE WANTS TO CATCH UP TO THE WEST AS FAST AS POSSIBLE (BETWEEN THE WORLD WARS, CZECH WAS THE SIXTH MOST INDUSTRIAL COUNTRY IN THE WORLD AND THE RUSSIANS WERE GLAD TO GAIN CONTROL OF IT FOR THEIR MILITARY MACHINE).>
Although the older generation is generally worse off (their pension money used to go much further), most people here <ERASE?> are much better off here than if they lived elsewhere, in Russia, for example. I have heard stories of old women there who have been thrown from their windows to make their flats available to rent to westerners; other stories relate how desperate people sell body organs for money <THEY SELL THEIR LIVING NEPHEWS, FOR EXAMPLE>.
But many people feel that Russia has now reached a turning point, and is <THAT?> life there is about to get better. With a rapidly developing China in the Far East and a strong European Union flexing its economic muscles, Russia may start to reverse its capital drain. If so, this will help to revive other economic black holes in the region, such as the Ukraine and its surrounding countries. The Czech Republic would also benefit, as this land has historically always been at the crossroads between many cultures and traffic of trade.
If you would like to view more details of my experiences here, together with many pictures and links to other sites, please visit my life in Prague web site. 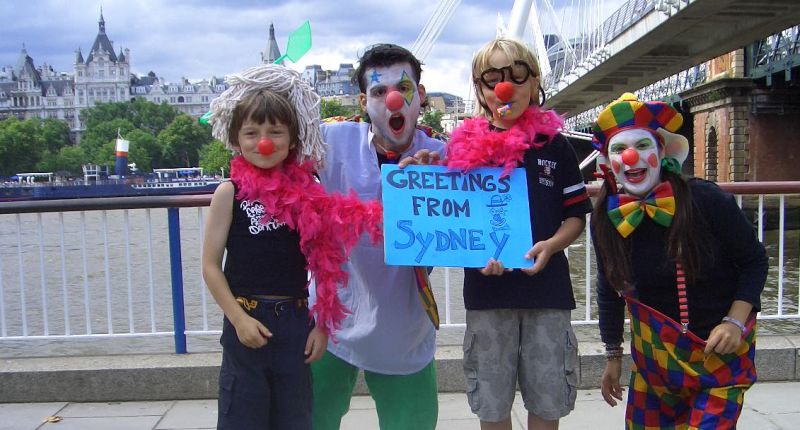 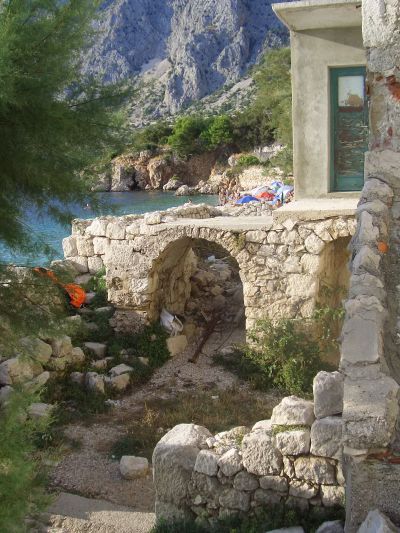 Traveling along the Coast of Croatia 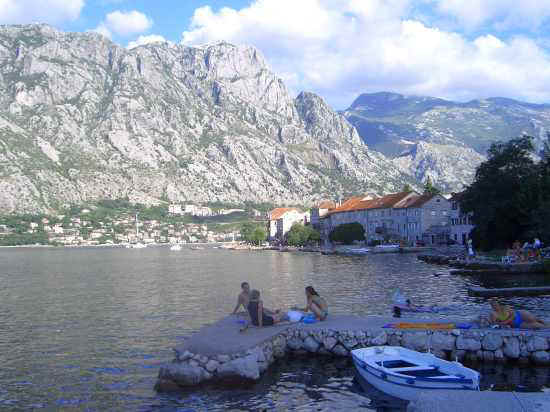